I was diagnosed with clinical depression when I was 16, and during that time I was one of the lucky ones because my mother instantly noticed something was off. She did not take it as teen angst or me acting out simply for the sake of acting out. She sat me down and asked what was wrong and, at that moment, I just started to breakdown. I was lucky that my parents and siblings had been (and continue to be) supportive and understanding about my condition. Today, I receive the medication and support I need, but I recognize that not a lot are lucky to have the same means I have.

I am a very open person willing to talk about my depression and mental health. I encourage people to seek help the same way I did, and I encourage new members of my support group to share their experiences without being judged. I feel like we need to discuss depression before moving forward. And yet, it seems that in public, no one can ever talk about such a heavy topic.

It’s easy to talk about the weather and other casual topics. We can talk about politics and religion with people who will listen. But when it comes to mental health, depression, and suicide, suddenly it becomes a serious and heavy topic. It’s not happy to talk about, nor is it uplifting, so unless we really must talk about it, we’ll decide to talk about something else.

But I think it’s a topic we should talk about more often. Not talking about it isn’t going to stop suicide rates from increasing or stop people from being depressed. Talking about it does the opposite: it raises awareness and helps you determine if what you’re experiencing might be the effects of depression.

Depression in the United States 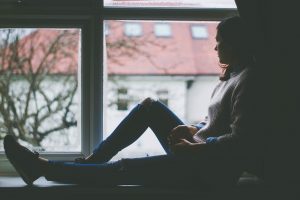 Every 30 seconds, someone in the world dies because of depression, and the conditions are no better in the United States. In the US, around 10 percent of adults struggle with depression; that’s only the number of people diagnosed, and it’s likely that hundreds – if not thousands – of Americans go through their day battling depression on their own.

It’s more difficult to detect depression and mental illnesses compared to physical diseases becauseyour symptoms can be everyday reactions to the changes in your life. And while you might feel sad for some time, it might not even be depression, making it harder to determine if you need medical treatment.

Many people think they have depression because they feel sad, but it is a normal emotion even when there is no trigger, and that’s not enough to be diagnosed with depression. It’s normal to feel sad from time to time, especially when you encounter a scenario that makes you feel down. You will feel sad when a loved one dies or if you’ve failed to achieve a certain goal, and that’s fine. Eventually, you will get better without any lasting consequences to your physical and mental health.You still have the mental capacity to set it asideand focus on other tasks for the rest of the day, and chances are you can overcome this feeling after a while.

It’s only considered a mental illness when you feel like your sadness can’t seem to leave no matter how much you try. It can affect you for weeks and have lasting consequences on your physical and mental health. When you feel that your depression interferes with how you work, study, or even perform basic daily activities, it might already be a mental disorder.

Based on psychiatric guidelines, you qualify for a depression diagnosis if you have at least five symptoms of depression. These include the following:

Depression could also lead to self-harm and suicidal tendencies, which are a person’s last resort and a cry for help. In case of these suicidal warnings, you will need to take immediate action:

Thesesymptomsare difficult to diagnose.Just from separating depression from feeling depressed, what’s to say you’re just having a bad day or are already developing a mental illness?

On average, according to the National Institute of Mental Health, it takes 10 years for a person to seek medical attention for depression. Treatment, counseling, and medication can be effective to combat the chemistry part of depression but getting people to seek medical treatment is a challenge on its own.

Why Talk About Depression?

Because we don’t see depression, we don’t see the severity of it. As you’re reading this article, at least one person somewhere has taken their life due to untreated depression. Not a lot of people will care unless it affects them, and even then, there is a stigma about just talking about it. 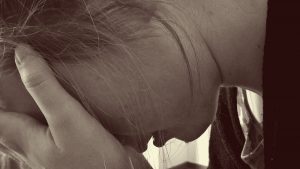 Mental health activist Kevin Breel explains it perfectly: would you rather post a Facebook status saying you can’t get out of bed because your back hurts or because you have depression? According to him, it’s easy for us to accept that our physical body breaks down and needs time to heal. But if it’s a mental health problem, we’re expected to shrug it off, get over it, and continue to perform like we normally do.

And talking about it is the strongest way to end this stigma. Depression is one of the most documented problems in the world, but it is one of the least discussed on a personal level.By talking about it, we break the stigma and raise awareness. It’s okay to admit you have depression and it’s okay to seek help. And by raising awareness, we teach people that the way they function with depression is not okay. 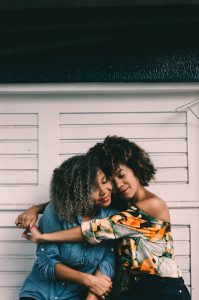 Depression is not a condition that we can just forget and hope it will eventually go away. When you find a friend or family member may have depression, encourage them to seek medical treatment for it. They may be hesitant, and this is where talking about depression comes in. It is okay to admit you need help. It is okay to accept help when you need it. They might think that they have survived long enough to endure their symptoms, but at times, this may not be enough anymore.

Encouraging them to seek treatment may sometimes mean being the person who takes them to their psychiatrist or researching where they can help. Sometimes it means being a support system when they need it. At times, it also means being the support system they need to get by. Talking about depression and suicide does not risk influencing their decision to self-harm. Rather, it can reduce the risk of suicide because it shows you are actively aware of how they feel.

Not talking about depression will not solve anything; in some cases, your silence may make your or your loved one’s condition worse.It’s time to talk, start the discussion on depression, and spread awareness on mental health conditions that could push people over the edge.