The United States might be aging, but its growth can vary among states. Here’s a look at the population of Rhode Island:

The median age in Rhode Island is 40.2, according to the 2016 American Community Survey of the U.S. Census Bureau. It makes its population older than New York, California, and Utah, which has the lowest median age.

The same data, though, also showed that the trend is not uncommon within the New England region. The median ages for Connecticut, New Hampshire, Vermont, and Maine are even higher than that of Rhode Island.

Rhode Island is densely populated despite being the country’s smallest state. By 2017, it had over 1.056 million residents. About 16% of these were senior adults. These are individuals at least 65 years old. Of these, over 14% were 85 years and older.

Interestingly, the population growth in the state hardly changed over the last seven years based on the U.S. Census data. The older demographic, meanwhile, experienced significant growth. Back in 2010, only around 150,000 of them were 65 years old and above. In 2017, their number increased to 170,144.

It will only go up within the next few decades as Americans live longer. The 2016 Healthy Data Aging Report revealed that they would comprise 75% of the population within three decades.

The state provides Medicare and Medicaid services. The latter also includes expansion coverage. This is important since not all states allow it. By doing so, it’s able to reduce its uninsured rate by as much as 60% from 2013 to 2017, according to healthinsurance.org. The legibility requirement is up to 138% of the poverty level.

With Medicare, the elderly can also choose among different plans, including the one that provides financial assistance for medications. The state also assists with heating costs, legal services, nutrition, and transportation. 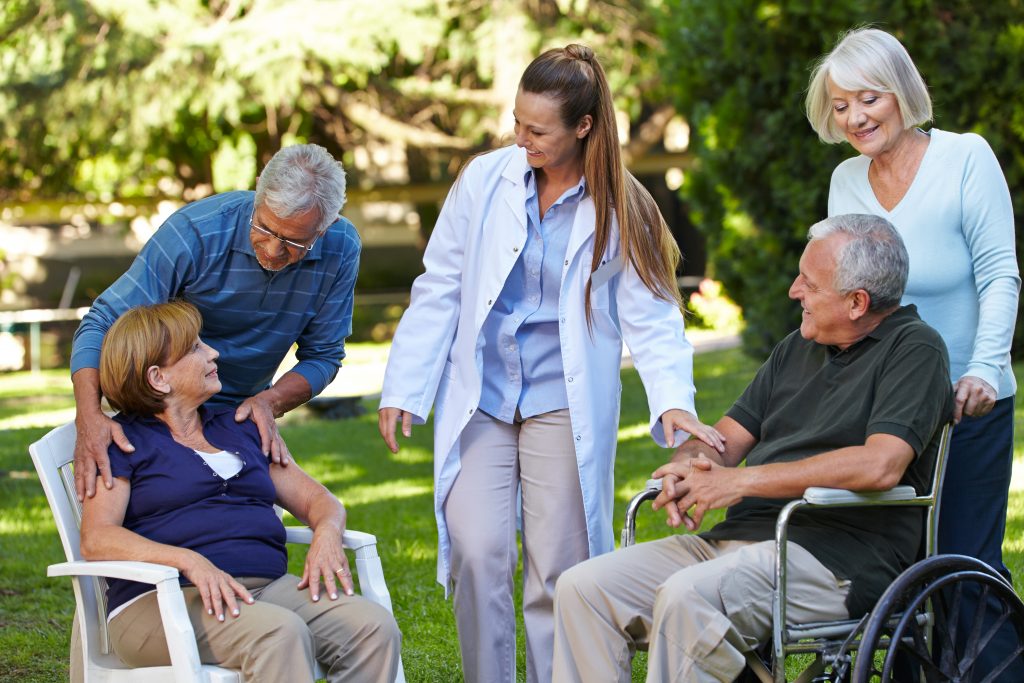 Many seniors in the United States prefer to age in place. It’s the same trend in the state. For their needs, there are senior home healthcare services in Rhode Island. The kind of support that they receive depends on many factors. These can range from light housekeeping to companionship care. They may also choose 24/7 health monitoring or a wellness watch.

The number of veterans in Rhode Island was over 63,000 as of 2017. More than half of them (or nearly 35,000) were 65 years old and above. The percentage of individuals at least 75 years old was also much higher than the national average. This is understandable since most of them served during the earlier battles such as World War II and Vietnam War.

Most of these veterans also tend to prefer to work despite their old age. Fewer than 6,000 of them were retirees. Many of them earned between $50,000 and $99,000, which was slightly lower than the national average. On the other hand, more Rhode Island veterans received at least $200,000 than in the other states.

With these data, it’s safe to conclude that aging is a serious business in the state. It can affect the types of the programs the government will create. It will also affect labor force participation. Fortunately, the government is now laying foundations to support the growth.