A pus-filled pimple ready to pop or a bump might look like your average acne, but it could also be an indication of another skin disease that’s more serious. In some people, telling the difference between rosacea and acne can be confusing since there’s a form of rosacea characterized by pimples and facial redness that looks very similar to acne but is really not. There are, however, some telling clues to help distinguish between the two.

Acne or acne vulgaris is one of the most common skin diseases worldwide. It is most commonly caused by clogged hair follicles that in turn leads to inflammation. It can also be caused by bacteria, hormonal function and genetics. The most common symptoms are blackheads and whiteheads. Acne usually surfaces on the cheek and jawline and are common among teens. Still, being an adult does not necessarily mean that you’re immune to acne as the American of Academy of Dermatology states that approximately 1 in 5 adults between 25 and 44 years old can still develop acne. 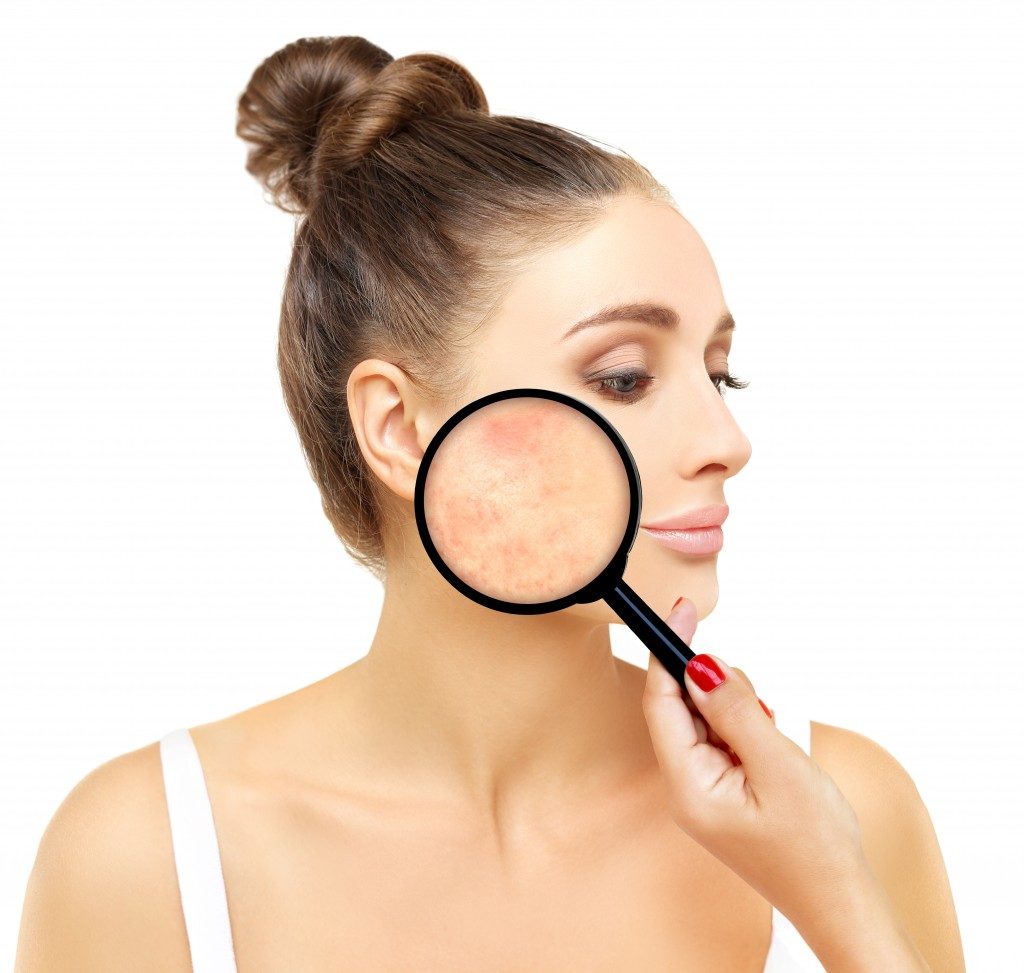 Rosacea is basically a chronic inflammatory skin condition. Individuals with rosacea flush or blush more easily than those who don’t have the condition. This redness could spread from the nose and cheeks to the forehead and chin and remain there until properly treated. In some individuals, even the ears, chest, and back have consistent redness. Rosacea sufferers sometimes also have thick skin and breakouts that look very similar to acne. A prominent dermatologist in Utah says that while the precise cause of rosacea has yet to be discovered, studies indicate that blood vessels of individuals with rosacea are more reactive and unstable than individuals who don’t have rosacea. In addition, rosacea patients usually have very sensitive skin that can react negatively to the ingredients in common skin products.

Other Skin Conditions that Look Very Similar to Rosacea

As if distinguishing rosacea from acne isn’t hard enough as it is, there are other skin conditions with similar symptoms and are commonly confused with rosacea. These are lupus and seborrheic dermatitis. Fortunately, as with acne, there are some distinct differences between rosacea and the two skin conditions. If you have seborrheic dermatitis for instance, aside from redness, you’ll experience flaking in your lower forehead, eyebrows, between your eyebrows, sides of your nose, and sometimes on your chin. You won’t, however, be plagued by the pus-filled or inflamed bumps or rosacea. When you have lupus, on the other hand, you will experience redness on the bridge of your nose and cheeks, but not the swollen bumps common in individuals with rosacea. You may have raised, flaky areas that are brownish or reddish.

Fortunately, if diagnosed early, rosacea can be managed with a skincare routine involving the use of topical medications and antibiotics. Understanding what triggers a rosacea flare-up—emotional stress, exposure to extreme heat or cold, spicy food, alcohol—can also help keep your breakouts at a minimum. Since rosacea is chronic, it’s best that you visit your dermatologist regularly for proper management of your condition.