Canker sores are basically lesions that could develop in your mouth’s soft palate and gum line. Majority of these sores are tiny, usually no less than 1mm in diameter and typically appear yellowish or whitish with reddish borders.

While canker sores are fairly common, never assume that each sore you see around and inside your mouth is automatically a canker sore, particularly because various conditions could appear like canker sores, but are in fact more serious, such as:

Also called fever blisters, these are painful blisters that look similar to canker sores and are caused by the HSV-1 or herpes simplex virus. However, canker sores are different from cold sores in that they don’t develop on keratinized tissues of your oral areas, such as your lips, and are not contagious, explains of the tops dentists in Oviedo, Florida. While cold sores could look unsightly, they typically go away in two weeks to a month.

If a lesion that looks like a canker sore doesn’t go away after 14 days or becomes bigger, see your doctor as soon as possible. You could have erythroplakia, a condition that causes red or white spots in the mouth. This could be serious since some erythroplakia lesions could be cancerous.

Leukoplakia lesions are also similar to canker sores since they produce white patches and spots in the mouth. These, however, are not painful or sensitive, and could be completely harmless like canker sores, but could also be cancerous.

Also known as candidiasis, this is actually a fungal infection characterized by white patches and/or spots in the mouth. Other symptoms include pain, difficulty swallowing, bleeding gums, a burning feeling, and loss of taste.

You might have lichen planus if you spot white, itchy spots in your mouth. In some cases, the spots might appear alongside white patches that look like lace inside the cheeks’ lining. 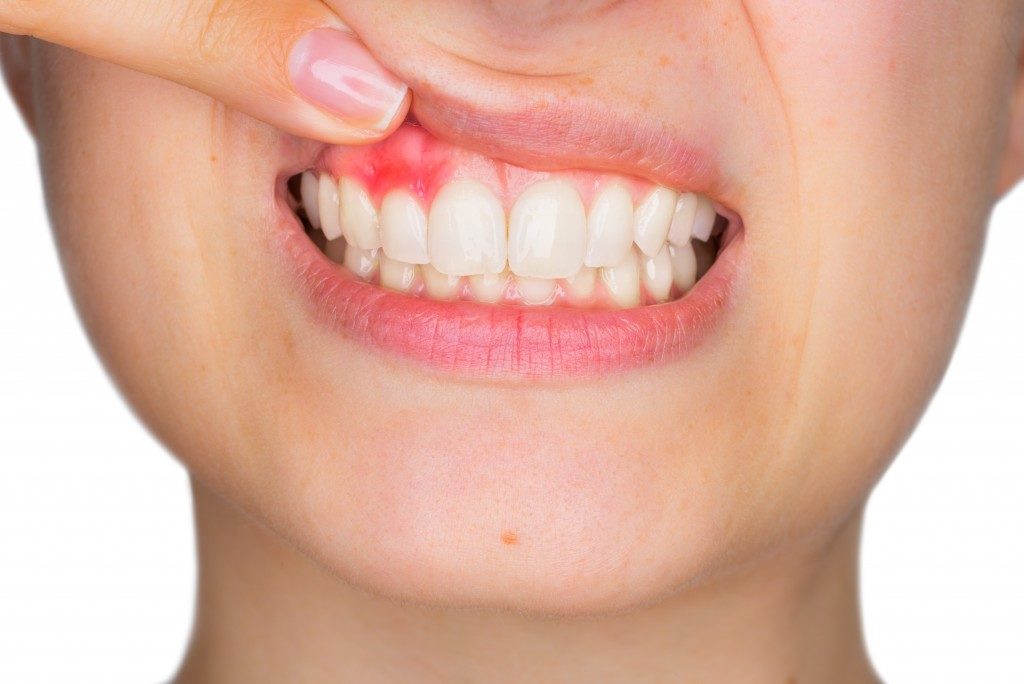 This could occur in all age groups but is most common among children aged five years and younger. Like a canker sore, this could lead to the development of white or red sores inside the cheeks, on the gums, and soft palate. It does, however, come with bad breath, bleeding gums, and fever.

If your sore does not get better or worsens after several weeks, it would be best to get it evaluated since there’s a chance that you might have oral cancer. This type of cancer causes painful white ulcerations in the mouth that would thicken over time.

That lone sore in your mouth is most probably a common canker sore that would go away on its own in a couple of days and is totally harmless. But it’s still best to keep track of it just to be on the safe side. In the event that grows bigger, worsens, or come with other symptoms, it might be a more serious condition.

The sooner you could get it inspected by your dentist or doctor the better because an early diagnosis would lead to early intervention, and if applicable, a better outlook in the event that the lesions turn out to be malignant or precancerous.